Two parallel stories about the index case of the Galavirus.

The two characters are a father and his daughter.

He is trying to find her, but what he doesn't know is that the project she was working on has an obscure past involving unethical researchs.

She is confined in a dark room and has weird nightmares with the baby she's carrying. She has forgotten who she is.

-This is one part of the series I'm trying to write called ANTIVIRAL (the first chapter is published, but in spanish, and the second one is VIROPHAGE).

-It may contain some disturbing gifs (in monochrome). I censored the "sexual-bad words", I think...

-ANTIVIRAL is about a post-apocalyptic world where the GA1-α virus has infected most part of the world population.  This chapter, however, tries to explains how this virus originated.

- GA1-alpha has 3 slightly different endings with a break point with 2 decisions.

P.S1.: This game was written on Twine. I am not a native english speaker so the game might have some grammatical or spelling mistakes (if you can notify me where they are, I'll be grateful).

P.S2: Maybe there are not to many people playing this game, but I have to take a break from ANTIVIRAL (just give it so time, maybe I'll translate the first part from spanish). I feel the style is getting kind of repetitive and predictable so I'll try to upload different stuff in my profile page (maybe work on a longer game). This project was more like an experimentation: now I know what I can do with Twine. Anyways...

I hope you like the game. Thanks for playing!

(I accept any kind of comment from this 3 chapter series...)

Unzip the .rar and open the HTML.

Immersive as always! I'm sure whatever games you make next will be great.

This game has an almost claustrophobic feel. The text effects and pop up boxes were a brilliant idea. The story was original and told well. One thing was that it was hard to distinguish the italics text from the normal one.
This creeped me out a lot. Great job! 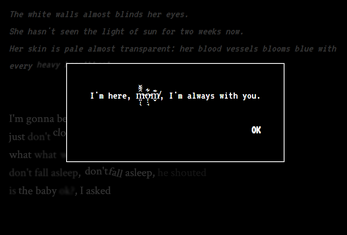 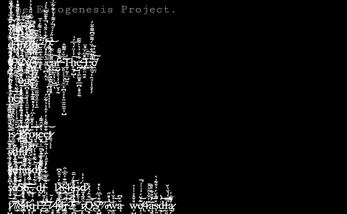 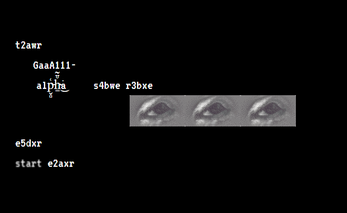 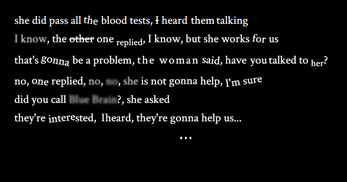